And, very often, if it's virgin page -- which is terrifying to me to this day, even after three books -- if it's virgin page, I am in fear. I have to just start something. If I know a character, I will start with that character and say, "Today I got up, and I had to milk the cow," or "I had to do this. It's not a scene, it is just to get started. And sure enough, when you have enough of that and you're making yourself sick with how banal it all is, something starts to happen, and there is a flow.

It doesn't necessarily mean you get to keep it all and it's good, but ideas start to percolate. No, no. I wrote the first book by hand; I had worked for so long in business that as soon as the blinking cursor was on the computer, every ounce of creativity just went out of my head and I would want to do spreadsheets. I had to write by hand in order for me to be able to tell a story. Now I can't even imagine trying to do it by hand.

It was inspired by a man who really lived in the early s.


This man was born a slave and sold to a Creek Indian chief when he was 10 years old. As the slave of a chief, he was a Creek tribe member and was removed along with the rest of the tribe when the U. As you can imagine, Native Americans being moved off of their land in the s was a very traumatic event, and then just imagine if you were the slave of one of those and you were also being moved off the land into what eventually became Oklahoma.

And this man had a gift for languages and really established his position within the tribe, rose to become the first black Creek Indian chief after the Civil War. All of this was amazing to me. I didn't even know such a thing was possible. He intrigued me so much, as did his granddaughter, who also had a very Creek way about her -- both Creek and African -- in Oklahoma.

These two figures were on the one hand ordinary people, but on the other hand incredibly extraordinary people, but people whose voices were marginalized. That's really what I like to do when I write, to bring voices forward that haven't necessarily been heard before and to look at history in a different way.

I want to show a different view of those very same events, but taken from the people who were living at the time. You've said that writing your second novel was harder than writing your first. You had to go through the trial and error attempts all over again. Did you run into those same problems with your third book? Yes, but they didn't surprise me this time. When I sat down to write my second novel, I fully expected that I could learn from all of the painful lessons of trying to write the first novel for three very long years.

When you are chasing a story, and when you're trying to deliver a story, it really is not formulaic. As a matter of fact, I've come to the realization that if it feels too easy, it probably is because it has gone into a formulaic mode and you're no longer as scared as you should be. You no longer are overreaching as much as you need to overreach, and it has gotten too easy, and the end result may suffer. What are some aspects of the culture of that period that are particularly relevant to life today?

I like to write about people who bloom where they're planted. They are people who, regardless of what they're born into, figure out a way to bring themselves to life, their families to life, their communities to life. It's that spirit and resilience that I admire so very deeply. I have to tell you that I have started some novels and given up on them because the characters weren't strong enough. They really were being crushed by their times. And that is not what fascinates me. It's the people that have that spark and can influence. It's a man who was a slave but yet became the intermediary between the U.

He had a great deal of power because he was the translator, and he was the one helping to negotiate their contracts. That's the kind of thing that I'm drawn to.

I think that we can learn something from that today. Things are not going to necessarily be fair or to go your way, but you still have to figure out a way to navigate through it, and it can't just be by complaining. Transcription services by Tigerfish; now offering transcripts in two-hours guaranteed. Interview has been edited and condensed. Sophia is a project to collect life lessons from fascinating people.

Learn more or sign up to receive lessons for living directly via Facebook or our email newsletter.

Be true to your vision. I think the book was enriched by the use of two perspectives. Freedmen who were Americans and also Native Americans found themselves answering to two nations. Powerful and engaging, the book is difficult to put down, even though it is, at times, heartbreaking. Yes, I cried. A handful of moments brought a smile, one being when Cow Tom and his family examine a small stack of U.

I am quite pleased that Lalita Tademy traded a successful business career in high tech for the writing life. Many thanks to Lalita for being so generous with her time in support of Synergy School! Must take a look……………….. How wonderful you were able to host her at your event. And what an inspiring story for authors. Shows what hard work and persistence can do. Lots to be said for persistence. But she definitely emphasized that her primary goal is to tell a story that will keep readers turning the pages. She does that quite well. Being a Floridian, I actually knew about the African Creek!

When I wrote the post below I did some research on the sugar mills which then led me on a fascinating journey into the Seminole and Creek Indians. Though I barely reference it in my post, it is a very interesting part of our Florida history. The history of the Creek is unusual compared to what I have learned about other Indian tribes. I found it particularly interesting why they migrated to Florida and allied with the Seminoles. The fact that I love genealogy and family history makes this book an ideal one for me. And an insiders perspective is sure to be an interesting read.

I spent a good part of my professional writing career profiling people who gave up safe, lucrative careers to pursue their dreams. Fascinating stuff! Although the ability we have to move around the world and settle more or less anywhere is great, it does mean we tend to not know our own family histories the way people once did. How wonderful to have hosted her at the school. Am looking forward to it after hearing the stories she told about her ancestors. Fascinating and in some cases, humorous and daring. I am truly drawn to the covers. 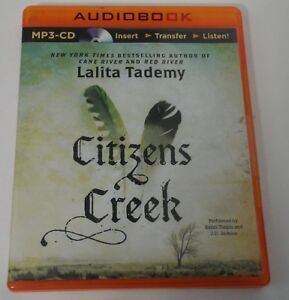